We talked over the main jobs we wanted doing with Jaime, deciding that it was best to divide the work into projects, and quote for each, the idea being Jaime would quote for labour, giving us an approximate cost for materials, and then we would order the materials.

We have learned from our mistakes, when we moved to Copacabana, we were quoted all in, which meant we were overcharged for materials, and the Builder could claim on the IVA (VAT) paid, not us.

We gave Jaime the go ahead, and he said he would start the next day! whoa…what? I was thinking a week or two, for us to settle down from the move, but not a bit of it.

We went with Jaime to the main Builders Supplies in town, opened an account, and authorised Jaime to order from it, arranging for the Bills to be sent to me by email, that way we had the reins.

They turned up at planned, and work started, the priority was storage space, so the old chicken coops under the house were going to make way for a big storage room, and the garden tool shed was being gutted to make way for an office, two reasons for the latter, firstly, there was really no space in the house for an office, and secondly, having to go outside to access it, would mean I would spend less time sat at my computer, especially in the evenings.

It didn\’t take long for them to get going, Jaime dug out some of the base, to give a little more headroom inside, as it stood, I couldn\’t stand upright in the space, but that was to change.

That was phase one completed, all in less than a week.

The second Project was my Workshop and the Washing/Drying area, known here as the zona de ropa, this involved getting rid of our carport and BBQ area, the latter would never be missed, because it was in the most inappropriate location.

Work started at a pace, the idea was to build up inside the carport, and then remove the old roof to continue. 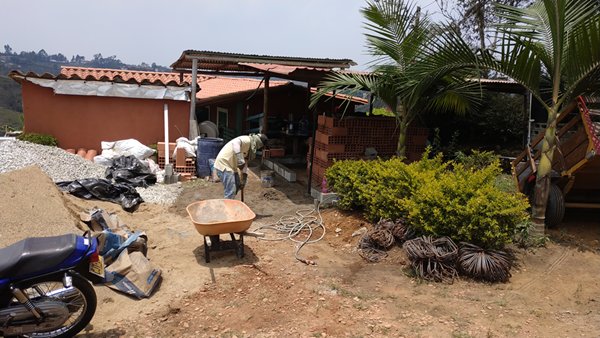 The materials arrived and again they got stuck into the work, the foundations were dug and laid, the interior was filled with rubble for the sub-base, and then the walls started going up 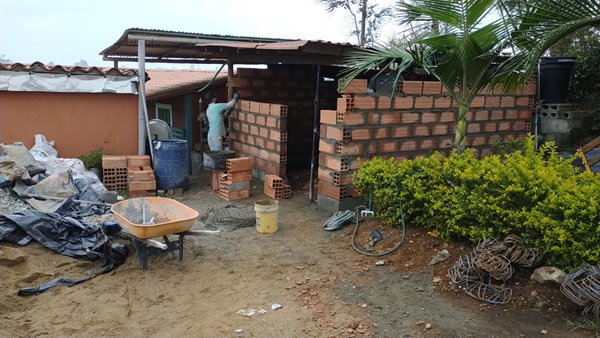 Then the dreaded Corona Virus struck, and lockdown came, they had no option but to walk off the job, there was nothing anyone could do, I was already in lockdown, due to my age and health, but this was not expected Nationally quite so soon, and my workshop bench was out in all weathers only protected from the elements by a tarpaulin, my Table-saw and Bandsaw were up against the outside of the house, covered in plastic, it was the best we could do, and that\’s where they still are, until the workshop is finished.

Then came the long wait, but in the meantime I kept myself busy…