It\’s been a mixed couple of weeks, I had an appointment through to go and see a Physiatrist, I knew it was going to be a waste of time, and I wasn\’t disappointed. The last time I went to see one, he sent me to a physiotherapist, for my knees in 2015, and the therapist damaged my spinal column, this one was an old Biddy, who when she came into the consulting room, I thought she was an escaped Patient from somewhere else!

She turned out to be an old Battle axe, she stated the Orthopaedic Surgeon I had seen had mis-diagnosed me, and I still had cartilage, she was not interested in that I was waiting to see a knee Specialist in April, only in imparting her own orders, which were that I would have Physiotherapy, Hydrotherapy, and see a Nuitritionalist, however once home, Marcela and I talked it over, and postponed all the appointments, until after I have seen the Specialist, using the excuse, or reason, that I wasn\’t prepared to mix in the Public arena, until I have been vaccinated, they accepted that, and said to make contact once I was ready.

Back home, I have finished the Building materials Store, I bit the bullet and bought zinc panelling, and covered it.

At least now everything is protected from the elements.

I then had to start preparing for Jaime and his team to move in again, so Marcela and I moved everything out of the bedroom. 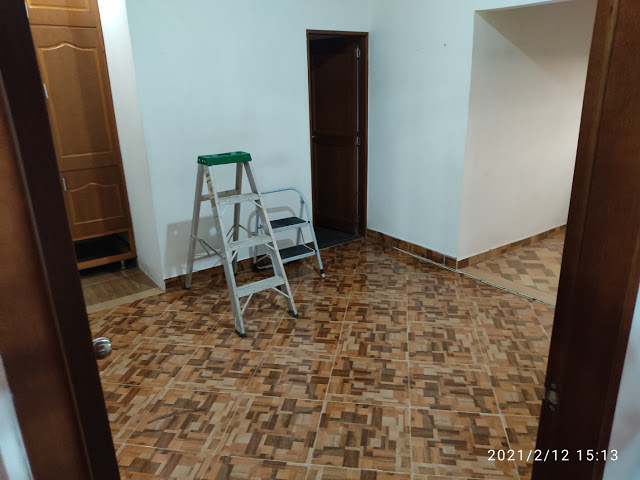 We did it over a couple of days, then it was ready for them to dig up the floor, it was on the cards for them to do the same in the ensuite bathroom, but I got cold feet, the sanitary-ware was damned expensive, and if broken in moving it, would have been an unnecessary expense, likewise we would have had to remove the shower screens, and in replacing them, we would have had to drill more holes in the walls, so it was agreed, that unless it appeared that there was no other option, the bathroom wouldn\’t be touched, other than to paint it, fortunately that has turned out to be the case, even though it has left me with three meters of bathroom floor tiles! 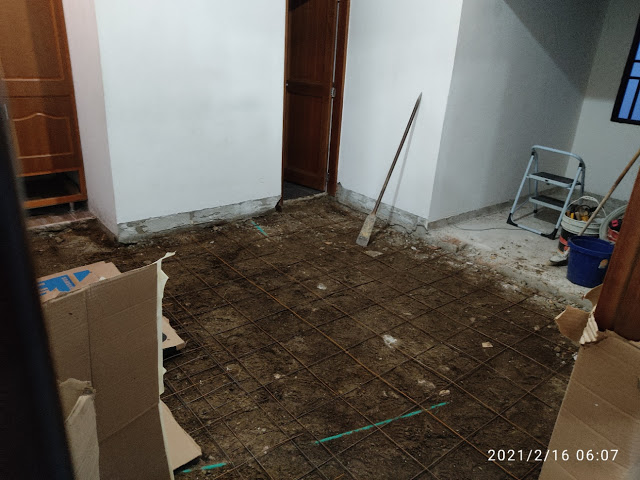 and they tamped the floor, laying the re-inforcing wiremesh ready for the concrete.

Yesterday, they came and laid the new concrete 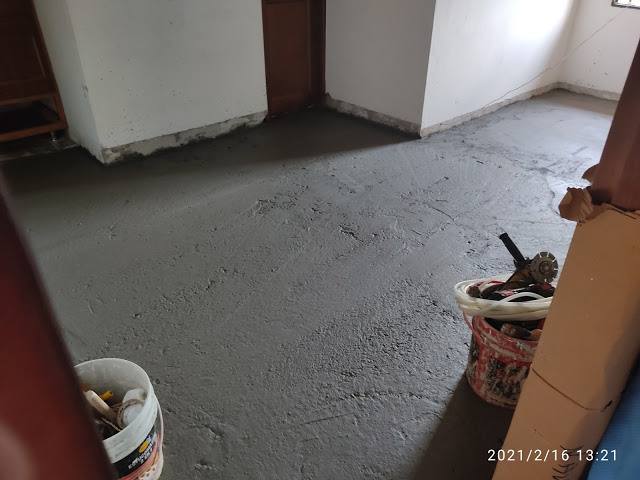 and today, they are laying the tiles.

Whilst they were laying the concrete yesterday, I escaped into the garden, and painted the tree trunks with Cal, not only to protect them from the sun, but it\’s also a deterrent for ants. 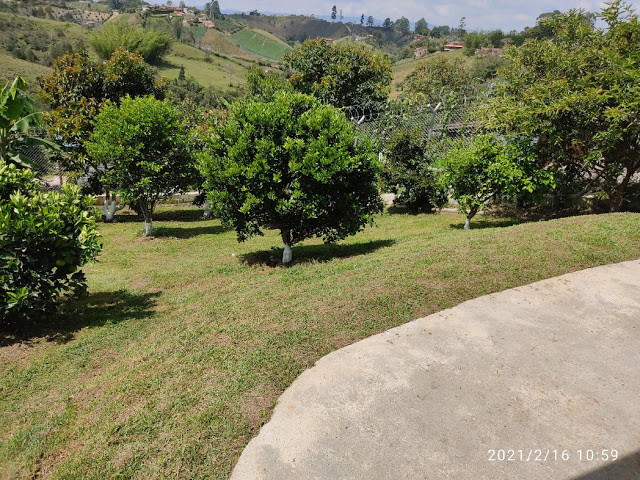 I did 36 of them, before running out of Cal, so that\’s about 50%, Marcela has been for more Cal today, so I\’ll probably do the rest tomorrow, weather allowing.

This morning it was time to do a bit of digging 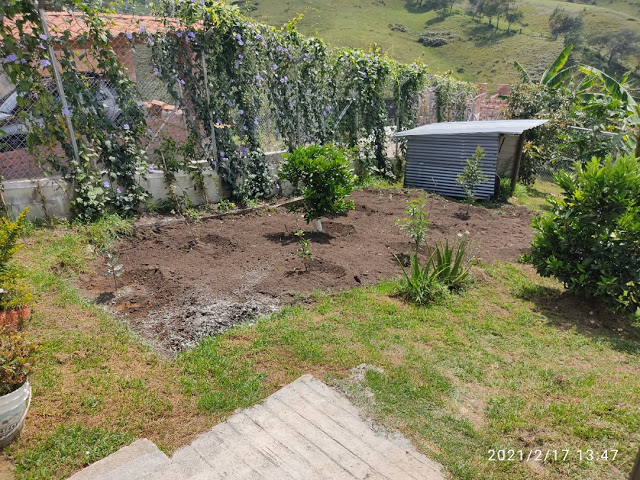 The weeds were starting to overtake the new fruit trees, that was my exercise for the day!

In the top right of the above photo, you can see the new house taking shape, whether it becomes a nuisance all now depends on the roof, they just have to put the ring beam on top of the walls, and then the roof goes on, it will block some of our view, the question is, how much?

I have had the wildlife camera running, but nothing further of interest has been spotted so far, I keep moving it every three or four days, and will continue to do so, I\’m sure there is more going on down the garden, than we have seen so far.