It\’s been a hectic couple of weeks!  I took Pepe to see a Specialist last week regarding his hip, I seriously thought it was time for surgery. We had to go to Rio Negro, which I was dreading, as it is suffering the most cases of Covid 19 in our area, but it had to be done. Fortunately our appointment was at 8am, before too many people were on the streets.

Pepe only had one thing on his mind… 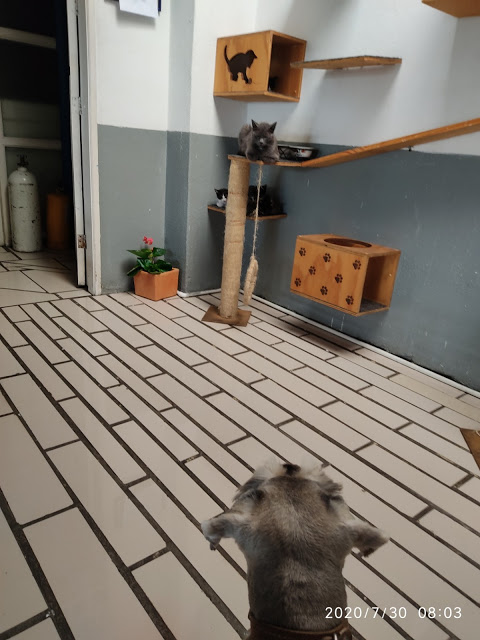 and it wasn\’t the Vet, it seemed strange to have two families of cats living in the waiting room, when they must get more than one cat hater in for treatment. Anyway Pepe was seen, and as is always the case, he didn\’t have a hint of a limp, the Vet stated he doesn\’t think that hip dysplasia is Pepe\’s main problem at the moment, he has a degenerative disease in his hip, and osteoarthritis, so the only treatment at the moment is an even stricter diet, and a follow up visit in two months.

The house is coming along fine, Jaime and his team have now finished our new entrance 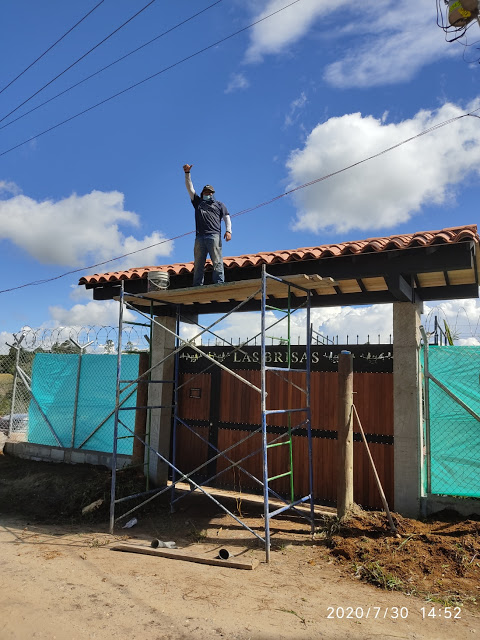 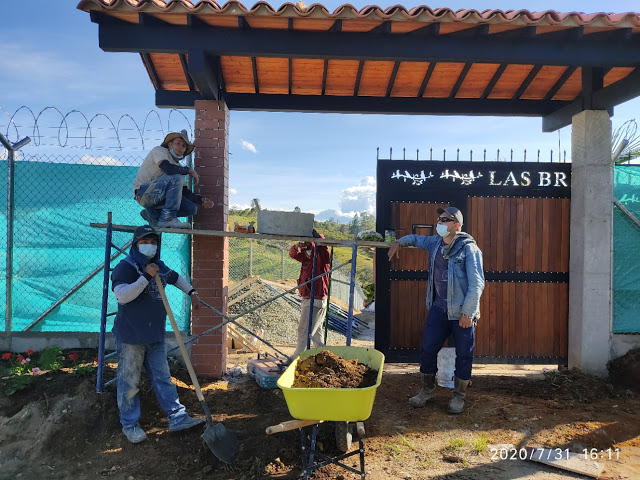 Jaime, Jorge (on the scaffolding doing the brick fascade) Cristian hiding behind the scaffold, and Oscar, who has been doing all the welding.

The cosmetic work is now finished, so on to another project.

This allowed me to strip out the old hedge on the roadside, Jaime and Oscar put up the green privacy screen, which will stay until the new hedge has grown sufficiently.

I went with Marcela, and bought Cypress conifers for along the front, in the hope they will block the dust clouds from passing vehicles. We also bought Margeritas and Geraniums to plant up the front borders, then, doing things backwards as usual, on Saturday afternoon after work had finished for the day, Marcela and I started, and built wooden borders, between us and the road. 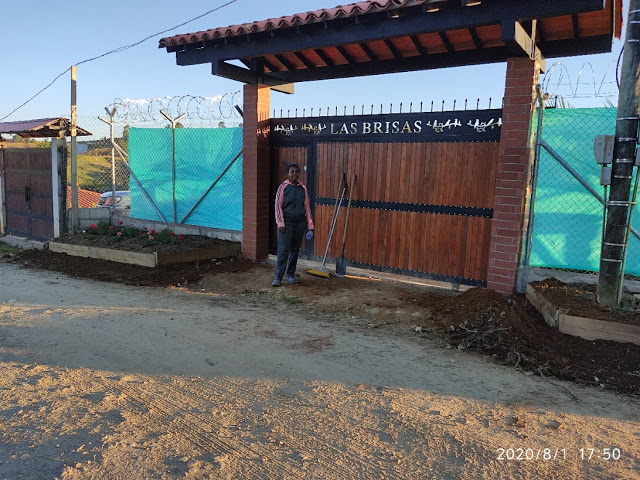 Today, our new septic tank arrived, but Jaime didn\’t, and no phone call, which was a bit upsetting, however Jorge and Cristian came and finished setting the last pillar tiles and doing the pointing.