Last week my supply of timber arrived, this is to make all the framing for the shelving, in 1) the Pantry 2) The Broom cupboard 3) the Storeroom, and finally 4) the Workshop. 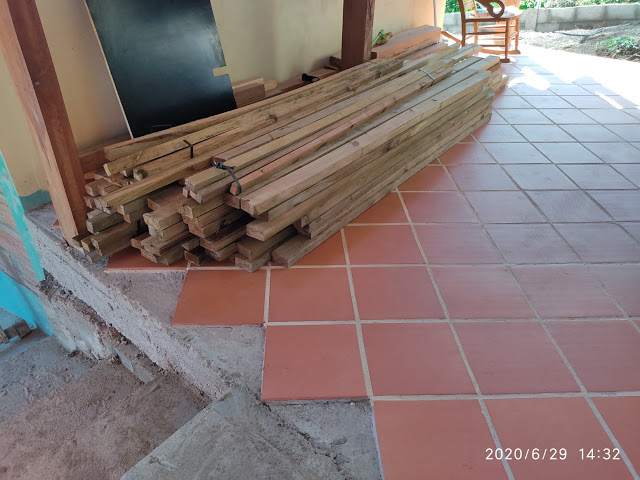 Because we have a problem with termites here, I made the decision to buy immunized timber, even for the pantry. I know you are not supposed to use treated timber near food, but it will not have contact with the frames, which will have MDF shelves fitted, and most of the stock will either be tinned, in glass, or prepacked, and once in use will be stored in the kitchen. 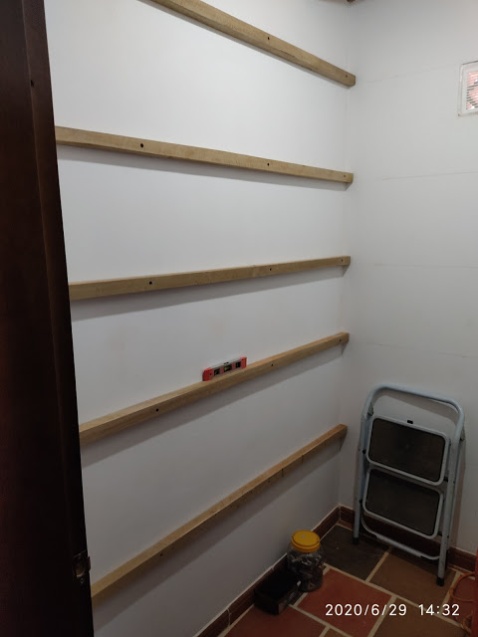 There will certainly be more than enough storage space, as the shelving is going on two walls.

Jaime had said that he and his Crew were working today, so I was up at the usual time, prepared everything for their arrival, but when Marcela eventually woke, and turned her mobile on, there was a message from Jaime, saying his Crew had mutinied and refused to work, preferring to have the Bank Holiday off, so no work today.

It was my day to leave the house, as it is tomorrow, so I went to the Bank, then bought some sandpaper, and made my way home, just stopping to get some Termite killer, at some stage this week, I must attack those in the pine roof of the Cabaña / Apartment, before they do serious damage.

I also bit the bullet yesterday, and ordered a Rotavator, it\’s a mid range machine, which has the rotavator cutters, a harrow, and a pair of big wheels, which may come in handy if I get stuck down the abyss.

It should be here in about 10 days all being well, something else to save my back!!