This morning started with a bit of work, I trimmed the hedge which had been massacred and is now growing back. and cut the grass. 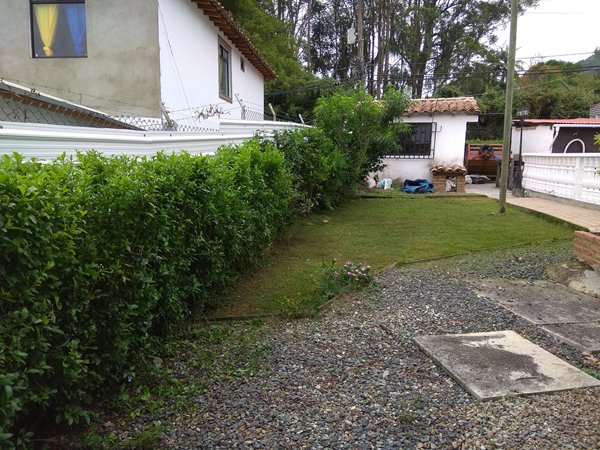 after which it was time for a quick breakfast, shower and out for 10am, for another Public Meeting, this time for local security.

The idea was that the Secretaría de Gobierno from the Town Hall, and the Captain in charge of the Policia Nacional de Colombia, would be present, to be honest, I didn\’t expect either to turn up, but the Secretaria attended 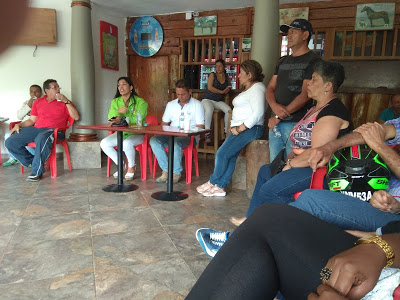 It was like a different woman was in post, in the past she looked at us as if we were something on the bottom of her shoe, but today, she was pleasant, open and frank, which was what we wanted. 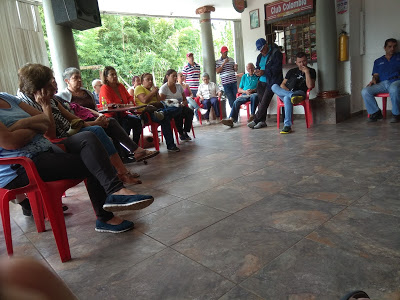 There were enough people present to make it a worthwhile meeting, and to get our points across. The idea is to create a type of \’Homewatch\’ scheme, like those that were run back in the UK. They want those of us with security cameras to  pass on information, they want everyone to install sirens, and then if someone is taken ill, robbed, or has an intruder, they activate the siren, and the neighbours turn out to see what the problem is. I am not sure that the siren part will work, it involves spending money, and people here are not that keen on parting with their cash, even if they could afford it.

Personally, I am not sure about the passing of info from my security camera either, because I passed information on to the Police, and they then passed it on to a third party, who alerted the people concerned that they were of police interest, so I aired my concern, and said that at this stage, I am not sure that I am prepared to be part of this, I will have to think it over, it could obviously draw unwanted attention to us.

However the overall tone of the meeting was positive, and inevitably turned to the noise from the Fincas de Recreo, apparently it is hoped that soon, (what ever that may be!) there will be a Decreto (local bye-law) controlling the Fincas, not only giving the local authority power to cut the electric to the finca at the meter, but also forcing the fincas to register as businesses, if that happens it will be great, the question is when? We will just have to wait and see.

After the meeting we walked home, picked up the car, and shot down the road to La Curva Del Gorda for lunch

There was only one other family there when we arrived, we both ordered Frijoles with Chicharron, unfortunately there was a mix up and only Marcela\’s order arrived, it was only when the owner asked if I had ordered that they realised the mistake, eventually I got my order, but not before the owner had chewed off the Waitress\’ ear, because they are a new business and can\’t afford bad press, but to give them their due, we were then laden with freebies, and well looked after. Best of all the food was great.